No Result
View All Result
NEWSLETTER

The inspired story of grass to grace of MKO Abiola

by Taiwo Oluwadare
in Uncategorized
0

If not for the Nigeria Baptist Church scholarship, I would have been a Poor Vulcanizer labouring under the sun – M.K.O ABIOLA.

He was born on a Wednesday in Abeokuta, Ogun State, the 24th of August in 1937. He stated that his parents were too poor to send him to school. His father, Alhaji Salawu Adelekan Alao Akanni Abiola was a small-time cocoa farmer while the mother, Alhaja Zeliat (Suliat) Wuraola Ayinke Abiola (nee Kassim) also tried to eke out a living from petty trading. He was the 23rd child of his father and he was named Kashimawo meaning ‘Let us wait and see‘ because they thought he would also die like his previous siblings. I guess infant mortality has been an issue in Nigeria for quite a long time. But when he turned 15 and did not die, his overjoyous father properly renamed him Moshood. 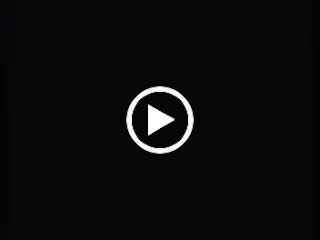 Although he was from a background of poverty, MKO Abiola was so brilliant in school that he got scholarship grants. Before then, he would gather wood and sticks from the forest at dawn and sell before going to school. He was just nine years old then. He would later see himself to the secondary school with the funds he made from his band. From 1952 to 1954, he was a schoolboy musician (he would later invest in Decca because of his love for music). For primary education, he went to Nawar-ud-Deen School, Abeokuta (1944) and later, the Africa Church Central School, Abeokuta (1945-1950).

MKO Abiola attended the Baptist Boys High School (BBHS) in Abeokuta where he performed brilliantly where he later benefitted from the scholarship of the Nigerian Baptist Church from 1951-1956. MKO Abiola later said that if not for the Baptist Church, he would have been a poor vulcanizer labouring under the sun somewhere in Abeokuta. Olusegun Obasanjo was also in the same school with him and while Abiola was the editor of the school magazine (The Trumpeter), Obasanjo was the deputy editor.

‘Tweet about Ifeanyi Adeleke not being my biological son is fake’, Davido finally reacts

During the recent Twitter war between Davido and Mr Patrick, a fake tweet where Davido allegedly made negative insinuations about...

Why I killed my three months pregnant girlfriend? – Suspect

Makinde commiserates with victims of Aperin Market fire, promised to investigate the cause

No Result
View All Result